Cell, Media, and Process – The Three Musketeers of Cell Culture

Optimal cell culture performance requires the cells, the media, and the process all work together closely in harmony. Much like the legendary Three Musketeers from Alexandre Dumas’ 19th century novel, these three fundamental aspects must work together as a team. Irrespective of the end-use application, whether culturing cells for manufacturing biotherapeutic proteins or expanding T-cells for CAR-T treatment, changes to any one of these aspects can significantly impact the culture and ultimately result in compromised performance.  Optimal cell culture performance can be found at the convergence of cell, media, and process (Figure 1) much as the Three Musketeers would say, “All for one and one for all." 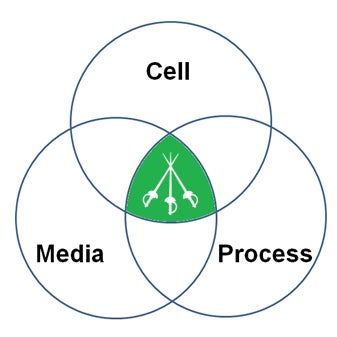 Figure 1- The “3 Musketeers” of Cell Culture.

To help illustrate this concept, I’d like to highlight a project where Irvine Scientific R&D successfully developed an improved growth medium for a well-established CHO expression platform1. This proprietary platform consisting of the pTT vectors and the CHO-3E7 cell line enables the rapid and high-yield transient transfection-mediated production of recombinant proteins. Transient transfection generally has a significantly faster production time compared to other approaches such as viral transduction and has, until recently, relied primarily on HEK293 cells due to their ease of transfection. However, the premiere workhorse for biopharma manufacturing is the CHO cell line which traditionally has relied on stable rather than transient transfection. But in recent years, large-scale transient transfection of CHO cells for GMP production has garnered a significant amount of attention as developers of biotherapeutic proteins look for ways to accelerate the time required for first-in-human trials2.

To improve the growth and transfection efficiency of the CHO-3E7 cell line, a panel of Irvine Scientific CHO growth media was evaluated and compared against the incumbent growth medium (here called Medium F). Multiple candidates were identified which significantly increased the growth profile resulting in an increase of the maximum viable cell density by approximately 50% (example shown in Figure 2A). The CHO-3E7 cell line features the stable expression of the EBNA1 gene which allows for episomal replication of the plasmid when transfected with a pTT plasmid containing the EBV viral origin of replication (oriP) element1. Since the plasmid containing the gene of interest replicates during cell division, increased viable cell density will ultimately translate to increased protein production. However, some of the media candidates severely inhibited the transfection of the cells while still efficiently supporting growth (see the Candidate medium in Figure 2B). Components in the media which inhibit transfection were subsequently identified and reduced or removed altogether which significantly improved transfection efficiency without compromising the improved cell growth (Figure 2B). Medium 1 and 2 both demonstrated similar transfection efficiency (87.7% and 88.7% respectively) as Medium F (89.4%)(Figure 2B).

Based on the improved composition, Medium 1 was selected for further studies to optimize the transient transfection process, namely transfection time and cell density. The incumbent protocol using Medium F was to transfect the cells on day 2 post passaging once the cells reached a density of 1.5e6 cells/ml. To evaluate the protocol using Medium 1, the cells were passaged at different time points and at a range of densities prior to transfection (Figure 3A). The performance was evaluated as harvest protein yield for these test conditions and compared against the initial process utilizing Medium F (Figure 3B).

Interestingly, the time of transfection after passaging appeared to be critical for optimal protein yield. When looking at the transfection results of cells originating from Day 2, 3, and 4 (each at a cell density of 2.0e6 cells/ml), the cells from Day 3 showed the highest titer at 491.2 mg/L (Figure 3B) indicating that the “state” of the cells at Day 3 was the most optimal for transient protein production. This is further emphasized when comparing the performance of Day 3 and 4 cells transfected at a range of densities. Day 3 gave noticeably higher protein yield compared to Day 4 with 2.5-3.5e6 cells/ml giving the highest yield between 668.6-693.7 mg/L, nearly 4-fold higher than the incumbent process using Medium F (Figure 3B). Notably, using the initial process setup originally applied to Medium F (Day 2 cells at a density of 2.0e6 cells/ml) on Medium 1 only reached 213.8 mg/L (represented by “d2/2.0”). If the process had not been revisited upon changing the media composition, the optimal performance parameter would have been completely missed.

In summary, a new and improved growth medium (Medium 1) was developed for the CHO-3E7 cell line, but with this change in the media the process needed to be revisited for optimal cell culture performance. It was by keeping in mind that optimal cell culture performance requires the cells, the media, and the process all work together closely in harmony that significant improvements were achieved for transient transfection-mediated protein production from CHO cells.

Additional examples include viral vaccine production using MDCK cells as well as the expansion of primary T-cells, which requires a change in propeller speed and culturing conditions, respectively, when switching from serum containing media to chemically-defined media, further highlighting the critical interplay between the three fundamental aspects found universally across every cell culture system. So the next you are looking to make changes to your cell culture setup, we would highly recommend that you remember the “Three Musketeers” of cell, media, and process to ensure optimal cell culture performance for your desired cell application.

David T. Ho received his B.S. in Molecular and Cell Biology from U.C. Berkeley and his Ph.D. in Biological Sciences from the U.C. Irvine. Prior to joining FUJIFILM Irvine Scientific in 2014, David had worked over 10 years in the biopharma industry working on antibody engineering and protein expression. As a Senior Scientist at FUJIFILM Irvine Scientific, David is currently establishing new technologies in R&D for developing new products and services.